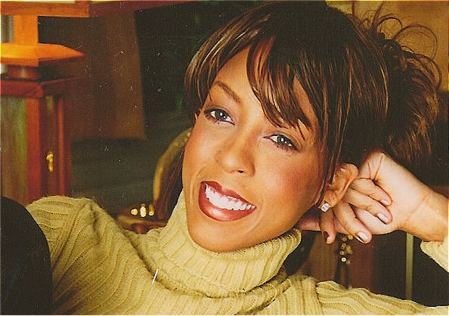 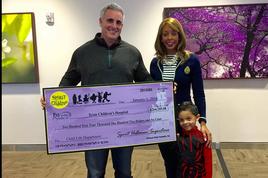 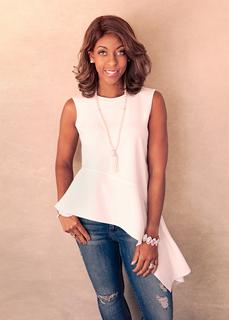 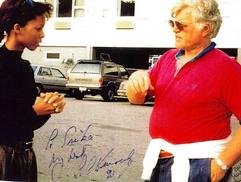 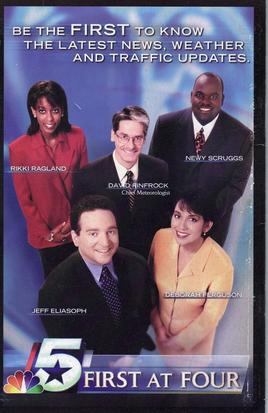 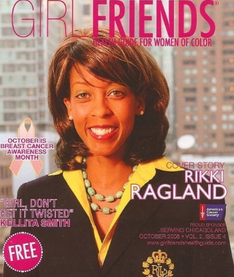 ​​"Reporter's Got Chutzpah" is the headline the Dallas Business Journal  used when they featured the innovative work Rikki Ragland was doing as a specialty news anchor at the NBC affiliate in Dallas and for the chutzpah that landed her a job working for Senator Ted Kennedy's office on The Hill. Rikki spent much of her career as a broadcast & digital storyteller (sometimes in Hebrew) and working in healthcare.

​She is founder and president of Rikki Ragland Media Group, a boutique media relations and consulting firm for healthcare, healthcare IT and Artificial Intelligence. Focusing both on B2B and B2C clientele, Rikki Ragland Media Group offers multi-service digital marketing and public relations, including TV network and local media placements, messaging, media training and strategic marketing. Rikki has a 25-year history working in healthcare marketing and media relations. A former Director of Public Relations for NorthShore University HealthSystem in Illinois, she also served as the spokesperson for the Florida Department of Health and the American Red Cross, Greater Chesapeake & Potomac Region. Rikki is formally trained in crisis communications for Hospitals & Corporate Healthcare and is American Red Cross disaster trained.

​As a breast cancer survivor (detected when she was
35-years-old), Rikki was the cover story and feature in the national health magazine, “Girlfriends Health Guide for Everyday Women” and blogged about her experience. She also hosted several videos for breast cancer prevention and survivorship. One of the videos, “Scarves” is distributed through the Phi Mu Foundation.

She is a former Chicago TV news reporter & show host and anchored an innovative daily tech segment, "Online With Rikki Ragland," for the NBC affiliate in Dallas. Some of her technology stories were picked up by network news outlets. She was also a national freelance news reporter for The Weather Channel while living in Chicago.

In addition to her experience in TV news, Rikki served as the Chief Marketing Officer for their family business, Spirit Halloween, which was founded by her father-in-law. In this role, she was instrumental in securing Houston Texans defensive end, JJ Watt, who surprised the kids at Texas Children's Hospital during a Spirit Halloween party. The event was featured on NBC's TODAY Show and received global attention.

Rikki left her news career to pursue modeling and acting, signing exclusively with FORD Models. She appeared in numerous ads, including McDonald’s, Apartments.com and Volkwagen. She also appeared in television and radio commercials and has done voice-over work.

A hockey mom and Maryland native, Rikki was born at Walter Reed Army Medical Center. She spent some of her childhood raised in an historic sorority house, built in the 1800s at a former Girls' Finishing School.

Rikki, her mother, and sister are all Southern debutantes, which inspired her to launch her blog, the preppy debutante, in 2007. ​

She graduated with honors from Towson University where she was named "Outstanding Woman of the Year" and "Most Promising Communications Student." Within months of her graduation, Senator Edward M. Kennedy personally hired her to work in his Capitol Hill office. There she assisted one of his speechwriters, doing research on technology and education issues during the 1993-1994 campaign season.

She sat on the Board of Governors and was elected the Entertainment Chair at Gleneagles Country Club, a Club Corp club; member of the Texas State Society; serves as Marketing Advisor on the Sustaining Advisory Board of the Junior League of Collin County; is a PTA Board member for her son's elementary school; served as PTA president of her son's Judaic school; was an ambassador at Temple Sholom of Chicago; is a member of Sisterhood of Conservative Judaism; is a Jewish Federation of Greater Dallas supporter; a member of the Women's Auxiliary to Children's Medical Center of Plano and was a chairwoman in the Winnetka & Evanston, IL Women’s Clubs. Rikki is also a mentor and member of Phi Mu Fraternity. She was one of Phi Mu’s national convention speakers & their Aglaia magazine cover story.